by Prescott Mall
in Finance
0

Norbert Häring describes in his book “Beautiful New Money” how a not so beautiful world of completely digitized payment transactions is creeping into being. Basically, it’s a terrible world of control and surveillance. In an interview he explains why Bitcoin is unfortunately not a solution for him.

Sometimes I have the feeling that I have lost sight of something essential: what Bitcoin is about. Why does the world need something like Bitcoin again? Why is digital cash so important?

Norbert Häring’s book “Schöne neue Geld” (“Beautiful New Money”) clearly shows you why. The book by the Frankfurt economist documents how an alliance of corporations and governments around the world is displacing cash. They call it “financial inclusion” or impose it on countries bypassing democracy as “regulatory standards”. IT or financial groups – mostly from the USA – get control of the money, which is also linked to biometric proof of identity. An increasingly dense network of dependency and surveillance spans everyone; Earthlings pay with their freedom, and that is absolutely wanted.

Of course you can also order Norbert Häring’s book on Amazon. But given the content, and the role Amazon plays in the book, it would be absurd to recommend it. Therefore: You are doing the Campus-Verlag, which published the book, a big favor by ordering it directly from them.

I can’t possibly tell you what the book says.Just read it, just because after that you will think twice about how to pay. However, the book has a flaw: it discards Bitcoin as a “sham solution” after far too few pages. And that’s exactly what the author gave me an interview about. In general, you can read about Bitcoin at https://cryptoine.com/bitcoin-review/ and delve deeper into this area.

“Cash is a bulwark against the digitization of certain areas.”

Hello Mr. Häring. Why do you find cash so important?

Because it is an increasingly important oasis of privacy and a bulwark against the digitization of a certain area. Because data protection can no longer be enforced, digitization nowadays means above all surveillance, and that is why we need an area in which you can oppose this so that the dossier on you is not complete. Cash is one of the few remaining such areas.

You criticize the fact that cash is being displaced, but do not show any alternatives. Are you neglecting the advantages of electronic means of payment?

Yes and no. No pages are needed from me to illustrate these advantages. They are taken for granted and I have nothing against digital payment methods per se. I also use it. What I am opposed to, however, is that they are used and misused as control instruments, and that attempts are made to deprive us of the alternatives that we need when it is important to us not to be fully monitored and controlled.

The Cypherpunks already saw in the 90s that payment transactions would be digitized and that this would lead to mass surveillance.That is why they called for an electronic equivalent to cash. Is that what you want?

In principle, yes. There are now also other crypto currencies that are more private than Bitcoin, and some central banks are also considering state digital money. In principle, government crypto money is a nice idea, and I would immediately appreciate it – if you could trust the real governments that they take data protection seriously. But as long as they refrain from enforcing data protection and the parliaments wave through it, I am against it.

That is why Bitcoin is stateless cash …

Bitcoin is in this respect a better solution. I just don’t believe that social problems based on the abuse of power can be overcome with a technical solution. Without being a technical cryptocurrency expert now, but from what I’ve read, I’m pretty sure that the mighty will manage to co-opt this technology for themselves and use it against the powerless. You can already see that from the fact that the who’s who of the financial scene and the establishment determine the commercial crypto scene and entered it with a lot of money.

If the financial scene and the establishment get into the crypto scene and try to gain an influence – couldn’t that rather show that they perceive Bitcoin as a threat?

Absolutely, that could be. I don’t mean to say that it doesn’t matter, on the contrary. It’s important enough that those in power will try to get it under their control and use it for their own ends.

Doesn’t that make it more important to defend Bitcoin’s freedom?

Yes, if you have the confidence that it will work – I haven’t – you should. But you shouldn’t let yourself be lured down the wrong track, but check that you are not doing the business of the mighty unintentionally. The fact is that today Bitcoin can only be used anonymously by a small group of a tech elite. Most Bitcoin exchanges require identification and knowledge in order to remain anonymous. For the majority of users, this is no progress because everything is recorded.

It’s not that difficult at all. Bitcoin is not anonymous, but it is possible for anyone to generate an address and receive money at any time without this address being linked to the identity. You can do this in two minutes without asking anyone. That makes it much better than MasterCard and PayPal.

I would admit that it at least prevents the automatic mass surveillance, even if it doesn’t prevent the secret services from finding out.The only question is to what extent this advantage extends when it no longer applies to the large mass of computer illiterates who are dependent on using ready-made solutions because their pseudonyms are registered on a stock exchange.

My impression is that anonymous transactions are still going on right now. Perhaps it serves as a honey pot to identify and track down criminals. But if that were widespread and a threat to the dollar and the formal financial system, I don’t see much of a problem for states to rightly shrink it by banning it. Most people would adhere to the prohibitions because they don’t want to risk becoming criminals.

“As long as the balance of power is still in place, every new technology will only be a toy of the powerful.”

Bans are hardly possible nationally. I think most western states realized this back in 2013 when they said, “Bitcoin is here to stay” and then started regulating it …

That’s why it works at the moment not even at a ban. The whole thing is already being coordinated, it seems as if the regulation will even be withdrawn by the G20. There are bodies through which this happens, such as the Financial Action Task Force (FATF), and if it should ever decide that cryptocurrencies must be banned because they pose a risk of money laundering and terrorist financing, then the G20 will commit to it .The other countries will also stick to what has been agreed, because of the group pressure. If not, the World Bank and IMF will enforce this very brutally.

That is very pessimistic. As long as Bitcoin is not banned, it is not a solution, and if it is banned, it has failed. Can you only lose?

As far as Bitcoin is concerned, I’m afraid the answer is yes, because it is a new niche technology with no popular support. So I’m focusing on defending the cash that has that backing. I think that the surveillance alliance has to be counteracted politically and socially, and that requires a response from the broader population. As long as the balance of power is still there, any new technology will only be a toy of the powerful.

“Most people don’t want to do anything criminal.”

They say that technical solutions are only work when the social conditions are met. But isn’t it also true that technology shapes society? Just think of the type of printing that made many people learn to read in the first place … 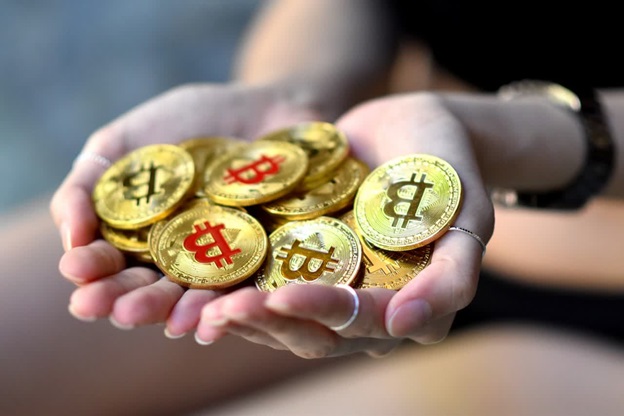 “Most people don’t want to do anything criminal.”

They say that technical solutions only work if the social conditions are met. But isn’t it also true that technology shapes society? Just think of letterpress printing, which first got many people to learn to read …

In individual cases, yes. But I don’t see how Bitcoin can create such a mass effect. I see now – and call me cynical – how cryptocurrencies are used for the powerful, how the stock exchanges are regulated, but the transactions are not. This can be used to push cash back further because it gives people hope – we have cryptocurrencies. That is what the tech-savvy people think, who understand what is happening with surveillance. That makes it easier to talk about. Above all, I consider the concept of state crypto money to be a Trojan horse.

If the groups you call “shadow powers” were to fight Bitcoin, how would they proceed?

By shadow powers I do not mean the sloppy-hat organizations that could infiltrate or technically attack Bitcoin, but rather democratically uncontrolled regulatory bodies, such as the FATF, which enforce their will through the G20 or G30.

I don’t know my way around technically well enough to talk about gradual steps. But as a radical measure, I could imagine the FATF deciding that anonymous transactions should be banned because of terrorist financing.There is a registration requirement, nobody is allowed to receive Bitcoins who does not register somewhere. You can think of different options. It’s hard to monitor, but if the penalties are noticeable, this ban would keep it a niche. Most people don’t want to do anything criminal.

Much of what you sketch is already happening. My final question would be if you think crypto fans and cash defenders should work better together. Can both pull together, or is it more harmful because we rob each other of influence?

Today it is probably the case that despite the overlap in what is important to them, there is little in common and cooperation between the crypto community and cash defenders. This is a pity. Perhaps prejudices can be broken down here. I do not excel there. Perhaps this interview will contribute to mutual understanding.

Guide to Successfully Trading in the Main Cryptocurrency

High Stakes Poker – Are You Ready to Play Today and Win?